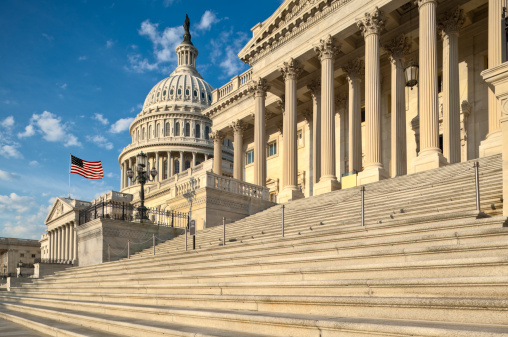 Ample monetary and fiscal stimulus has kept fixed-income investors optimistic. But what if that support fades? From HartfordFunds 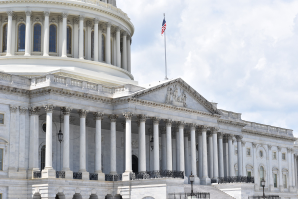 From rising inflation to the COVID-19 Delta variant and more, there is no shortage of risks and challenges facing investors in today’s global market landscape. But from our perspective, many fixed-income market participants have been more or less looking past such macro concerns in favor of a more upbeat narrative around continued economic recovery and growth. This narrative has gained ample support from the global trend of ongoing monetary and fiscal policy stimulus, particularly in the US, since the onset of COVID-19. What happens in Washington doesn’t stay in Washington.

With that in mind, let’s examine the key US government policy catalysts that have been moving fixed-income markets in recent months and may continue to do so in the period ahead.

Essentially, the FOMC indicated that the Fed expects to begin winding down its large-scale asset-purchase program in November 2021—sooner than most market participants had anticipated—and could then complete the tapering process as early as mid-2022. (However, the Fed of course retains flexibility to postpone or slow tapering in response to evolving inflationary and other economic or market conditions). Importantly, regarding short-term interest rates, Chair Powell seems to have expressly de-linked tapering from the timing of when the Fed may begin to raise the federal funds rate. In other words, just because tapering commences does not necessarily mean that rate hikes will happen immediately (or even soon) thereafter.

Naturally, fixed-income market participants will be keeping a close eye on Fed-related developments, both its words and its actions, in the coming weeks and months.

US fiscal policy appears to have entered an era of greater government spending, which may spur higher inflation and help drive fixed-income markets going forward.

In August, the US Senate overwhelmingly approved President Biden’s US$1 trillion spending package to rebuild and upgrade the nation’s aging infrastructure and to fund new climate resilience and other initiatives. The bipartisan bill must now pass the US House of Representatives, which seems probable at this juncture, before it can be enacted into law. (For more on the Biden administration’s infrastructure plans, see A Revival in US Investment Spending: Implications of the Biden Infrastructure Plan, authored by our colleague, US Macro Strategist Juhi Dhawan).

In addition, and perhaps even more critically, the Senate is currently working on a multi-trillion dollar budget resolution that is heavy on so-called human infrastructure and may be able to clear that chamber by way of congressional reconciliation (a simple majority vote). Along with the above-referenced infrastructure bill, this illustrates how US fiscal policy appears to have entered an era of greater government spending, which may spur higher inflation and help drive fixed-income markets going forward.

Meanwhile, September was marked by multiple US “fiscal cliffs”: Extended unemployment benefits expired, the federal eviction moratorium was lifted, and expanded SNAP benefits are falling off. The hard-to-answer question here is, how well will the US economy transition toward earned income sustaining consumers as these fiscal transfers fade?

US lawmakers may once again find a way to raise the debt ceiling, but the near-term path to that hoped-for outcome could be rocky.

The US Debt Ceiling

Concerns about the US federal debt limit are mounting as Congress prepares for a high-stakes showdown over raising this debt ceiling ahead of a mid-late October deadline—the approximate date by which the government could exhaust the extraordinary funding mechanisms that allow it to stay below the statutory debt limit. While unlikely, failure to raise the debt ceiling in time would imply selective government-debt default, potentially leading to an array of negative economic and market consequences. Moreover, if a federal government shutdown occurs (even for a short period), the collapse of debt-ceiling negotiations would delay delivery of any further US fiscal stimulus measures.

US lawmakers may once again find a way to raise the debt ceiling, but the near-term path to that hoped-for outcome could be rocky and negotiations may go down to the wire. In the interim, debt-ceiling worries and related political brinksmanship have already created some fixed-income distortions, notably at the front end of the Treasury bill market. Similar market dislocations and volatility took place amid the debt-ceiling battle of 2011, when doubts around government creditworthiness led Standard & Poors to strip US sovereign debt of its AAA credit rating.

1 A yield curve is a line that plots yields (interest rates) of bonds having equal credit quality but differing maturity dates. The slope of the yield curve gives an idea of future interest rate changes and economic activity.

2 Spreads are the difference in yields between two fixed-income securities with the same maturity, but originating from different investment sectors.

3 Risk assets refers to assets that have a significant degree of price volatility, such as equities, commodities, high-yield bonds, real estate, and currencies.

The views expressed here are those of the authors. They should not be construed as investment advice. They are based on available information and are subject to change without notice. Portfolio positioning is at the discretion of the individual portfolio management teams; individual portfolio management teams, and different fund sub-advisers, may hold different views and may make different investment decisions for different clients or portfolios. This material and/or its contents are current as of the time of writing and may not be reproduced or distributed in whole or in part, for any purpose, without the express written consent of Wellington Management or Hartford Funds. 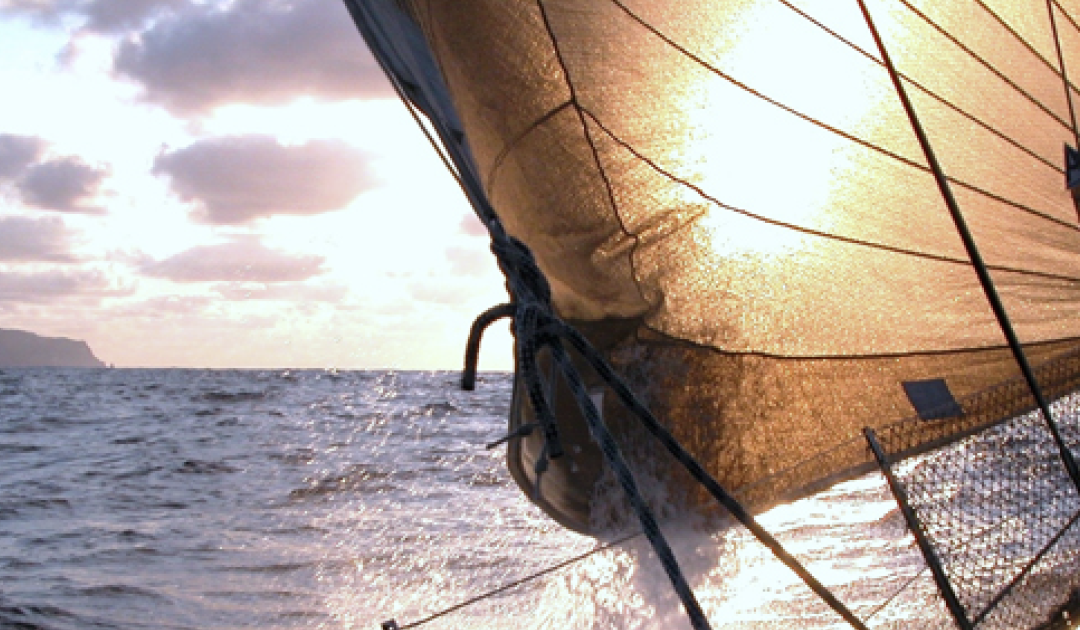 6 tips to navigate volatile markets: When markets get choppy, it pays to have an investing plan and to stick to it. by Fidelity Viewpoints

1. Keep perspective: Downturns are normal and typically short
• Market downturns may be unsettling, but history shows stocks have recovered and delivered long-term gains.
• Over the past 35 years, the stock market has fallen 14% on average from high to low each year, but still managed gains in 80% of calendar years.

Past performance is no guarantee of future results. See footnote 1 for details.

2. Get a plan you can live with – through market ups and downs
• Your mix of stocks, bonds and short-term investments will determine your potential returns, but
also the likely swings in your portfolio.
• Pick an investment mix that aligns with your goals, timeframe, and financial situation, and you can
stick with despite market volatility. 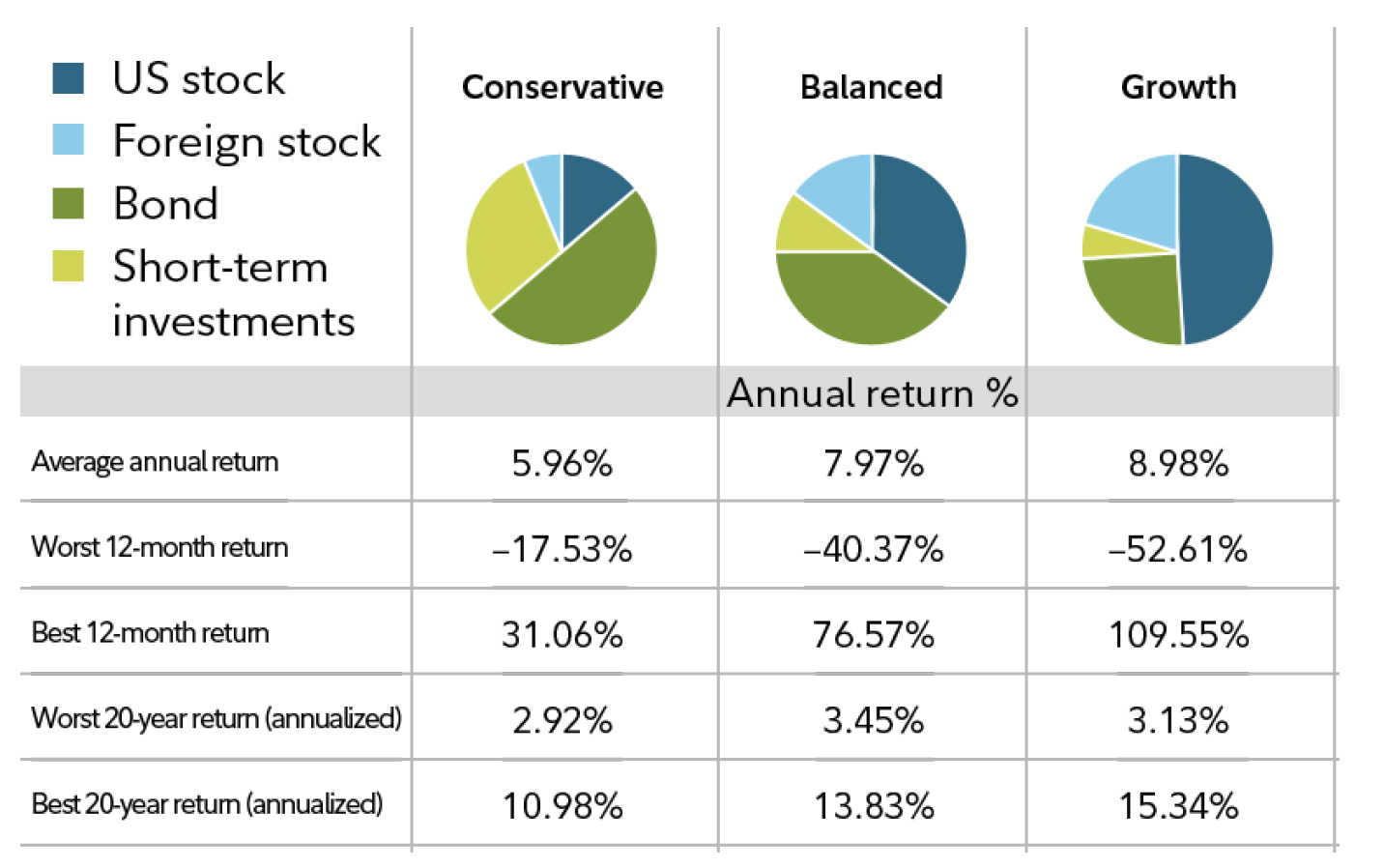 3. Focus on time in the market – not trying to time the market
• It can be tempting to try to sell out of stocks to avoid downturns, but it’s hard to time it right.
• If you sell and are still on the sidelines during a recovery, it can be difficult to catch up. Missing even
a few of the best days in the market can significantly undermine your performance. 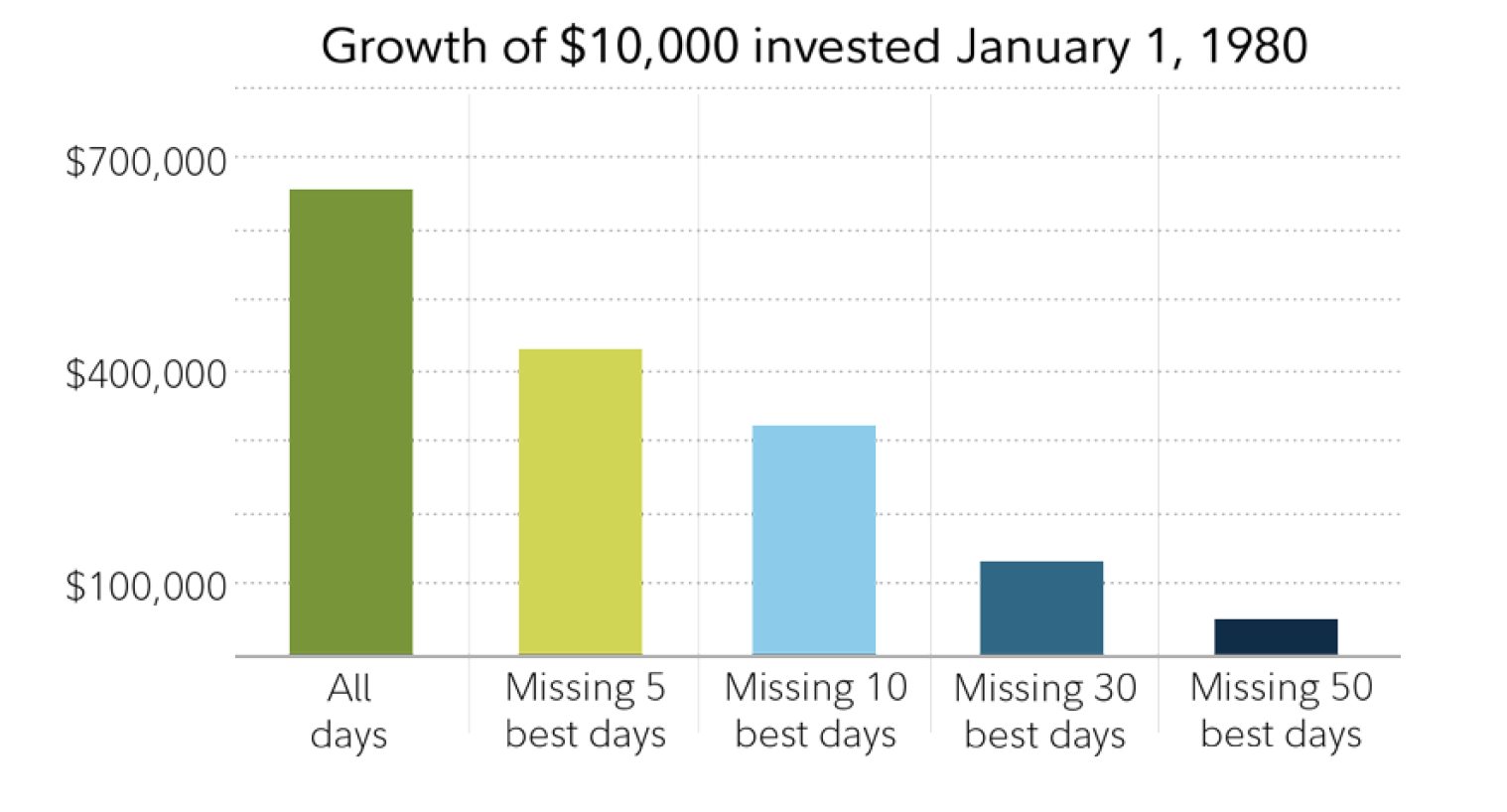 Past performance is no guarantee of future results. Source: FMRCo, Asset Allocation Research Team, as of January 1, 2019. See
footnote 3 for details.

4. Invest consistently, even in bad times
• Some of the best times to buy stocks have been when things seemed the worst.
• Consistent investing can give you the discipline to buy stocks when they are at their cheapest.
• Consider setting a plan for automatic investments. 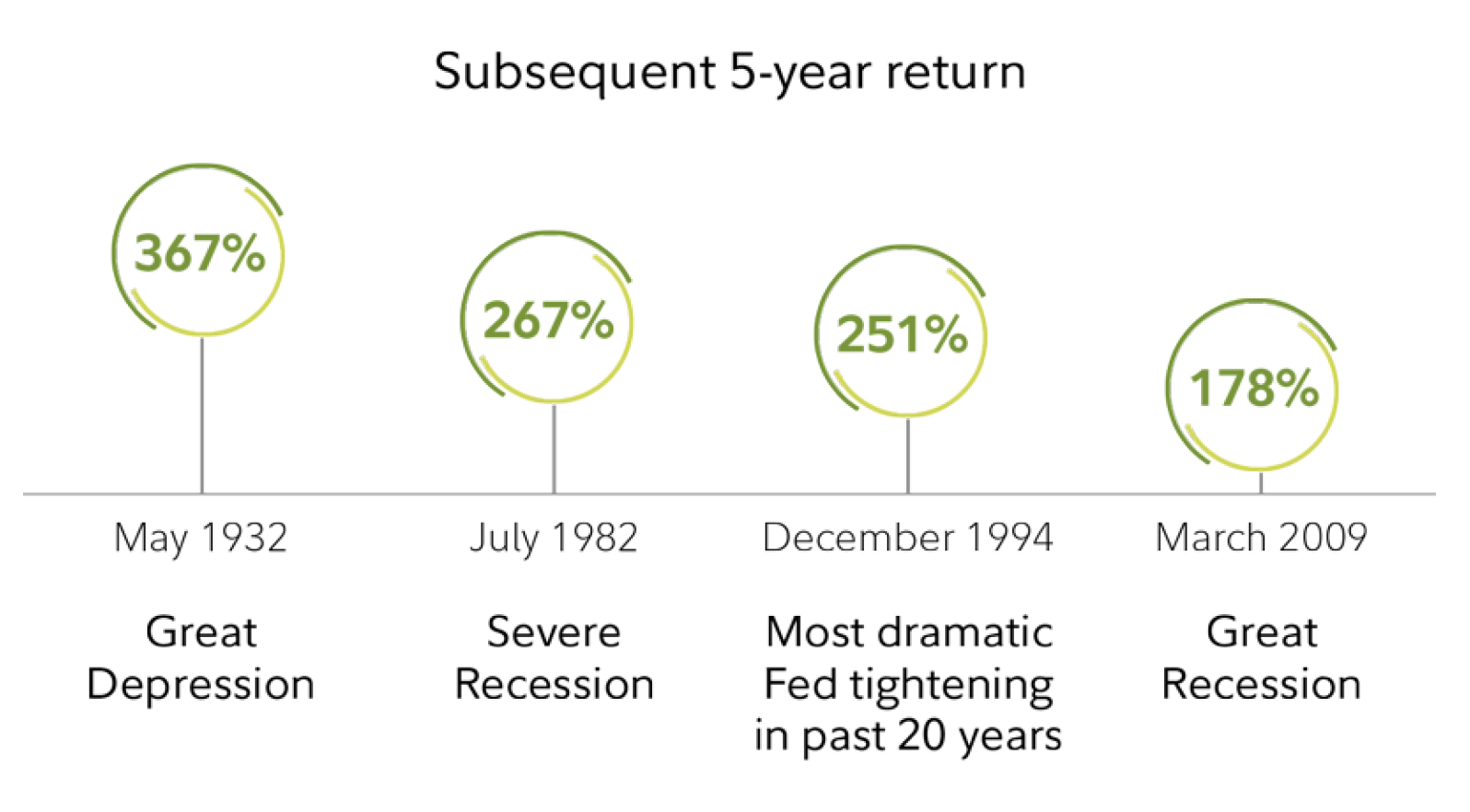 Past performance is no guarantee of future results. Sources: Ibbotson, Factset, FMRCo, Asset Allocation Research Team as of
January 1, 2019. See footnote 4 for details.

5. Get help to make the most of a down market
• While no one likes to lose money, your financial advisor may be able to help you take advantage of a
down market.
• Tax rules may let you use losses on some of your investments to reduce your future tax bills, or use
lower share prices to convert to a Roth IRA at a lower tax cost.
• Down markets may also be a good time to meet with your advisor to discuss adjusting your
investment mix, or taking advantage of opportunities when prices are low.

6. Consider a hands-off approach
• If you are not comfortable with market risk, consider turning your portfolio over to a professional
through a managed account or all-in-1 mutual fund.
• If you don’t have a strategy, or think yours may be off track, start planning now with our online
tools. Visit Fidelity’s Planning & Guidance Center today.

1. The S&P 500® Index is a market capitalization–weighted index of 500 common stocks chosen for market size, liquidity, and
industry group representation. S&P and S&P 500 are registered service marks of Standard & Poor’s Financial Services LLC. The
CBOE Dow Jones Volatility Index is a key measure of market expectations of near-term volatility conveyed by S&P 500 stock
index option prices. You cannot invest directly in an index.
2. Returns include the reinvestment of dividends and other earnings. This chart is for illustrative purposes only and does not
represent actual or implied performance of any investment option. Stocks are represented by the Standard & Poor’s 500 Index
(S&P 500® Index). The S&P 500® Index is a market capitalization–weighted index of 500 common stocks chosen for market size,
liquidity, and industry group representation to represent US equity performance. Bonds are represented by the Bloomberg
Barclays US Intermediate Government Bond Index, which is an unmanaged index that includes the reinvestment of interest
income. Short-term instruments are represented by US Treasury bills, which are backed by the full faith and credit of the US
government. Indexes are unmanaged, and you cannot invest directly in an index. Foreign stocks are represented by the Morgan
Stanley Capital International Europe, Australasia, Far East Index for the period from 1970 to the last calendar year. Foreign
stocks prior to 1970 are represented by the S&P 500® Index. The purpose of the target asset mixes is to show how target asset
mixes may be created with different risk and return characteristics to help meet an investor’s goals. You should choose your
own investments based on your particular objectives and situation. Be sure to review your decisions periodically to make sure
they are still consistent with your goals.
3. The hypothetical example assumes an investment that tracks the returns of the S&P 500® Index and includes dividend
reinvestment but does not reflect the impact of taxes, which would lower these figures. There is volatility in the market, and a
sale at any point in time could result in a gain or loss. Your own investing experience will differ, including the possibility of loss.
You cannot invest directly in an index. The S&P 500® Index, a market capitalization–weighted index of common stocks, is a
registered trademark of The McGraw-Hill Companies, Inc., and has been licensed for use by Fidelity Distributors Corporation.
4. US stock market returns represented by total return of S&P 500® Index. It is not possible to invest in an index. First 3 dates
determined by best 5-year market return subsequent to the month shown.
This information is intended to be educational and is not tailored to the investment needs of any specific investor.
Fidelity does not provide legal or tax advice. The information herein is general in nature and should not be considered legal or
tax advice. Consult an attorney or tax professional regarding your specific situation.
Investment decisions should be based on an individual’s own goals, time horizon, and tolerance for risk.
Past performance is no guarantee of future results.
Diversification and asset allocation do not ensure a profit or guarantee against loss.
Stock markets are volatile and can fluctuate significantly in response to company, industry, political, regulatory, market, or
economic developments. Investing in stock involves risks, including the loss of principal.
Foreign markets can be more volatile than U.S. markets due to increased risks of adverse issuer, political, market, or economic
developments, all of which are magnified in emerging markets. These risks are particularly significant for investments that focus
on a single country or region.
Fidelity Brokerage Services LLC, Member NYSE, SIPC, 900 Salem Street, Smithfield, RI 02917
581885.33.3